Leaving Carnarvon on the way to Geraldton 475kms and then another 430kms to Perth. We are almost on the home straight but first we had a few days to get to Geraldton where Rotary had organised two events and media. 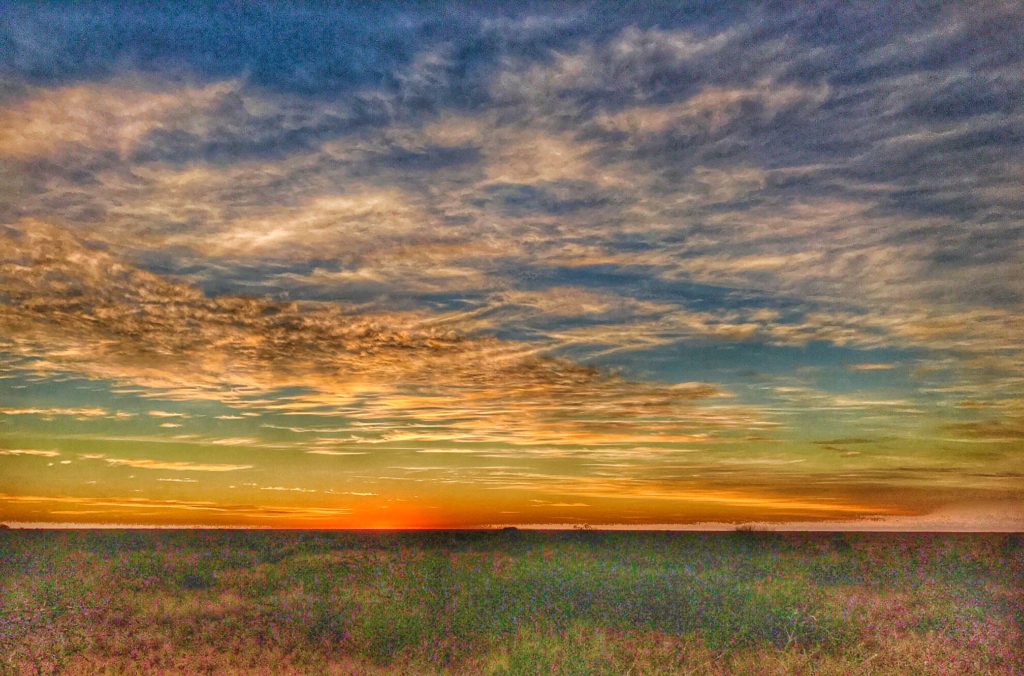 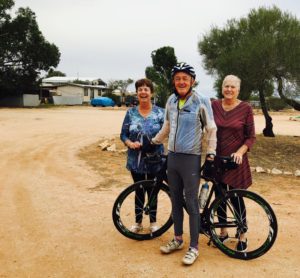 We started early as were unsure how Ivan would perform and escorted Bob to the outskirts of Carnarvon with Woomarel Roadhouse our target. We caught the sunrise that morning.    Woomarel provided a campsite on the red dirt and not much more but I remember the little shop there was clean and tidy and the owners very friendly. We noticed quite a few feral goats around and were informed that there was a market for them. .Billabong Roadhouse promised more as it had a tavern attached and Bob looks forward to a beer after his ride. Another dusty campsite. We met a couple of ladies travelling around, who kindly made a donation and posed with Bob as he set off that next morning.     Next stop was Northampton which we were told was a proper town rather than a basic roadhouse. It was a nice little town and the site of the first government railway line in 1879 from Perth. Funny little caravan park though. Whilst Bob rested after his 180km ride, Michael and I had a quick look around town. Lot of history. They were also in the middle of a drought and a few drops of rain got them very excited. In the afternoon we made a video seeking donations.

As it was my birthday tomorrow we dined out that night in the Northampton Hotel and reminisced about growing up in Sydney and the wild things we did as teenagers. The hotel had new owners and had just relaunched their new restaurant. It was very good food and Bob andMichael made me forget being 70 tomorrow. 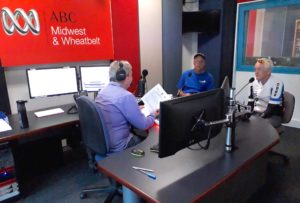 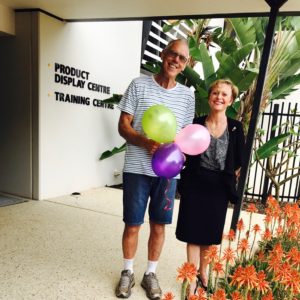 It was only a relatively short ride into Geraldton where Di Gilleland from Rotary Club of Geraldton, had gone to some trouble organising things for us in Geraldton. We parked the van at her place and we stayed in her home. She even had balloons and a birthday gift. Wow. So thoughtful.  That day we were interviewed by the local paper and ABC radio station. That night we had a combined Rotary function to attend with Geraldton, Batavia Coast and Geraldton-Greenough Clubs attending. They had previously arranged for a local not for profit community organisation Shine to talk about their youth program for disadvantaged teenage girls. It was a very uplifting presentation and something we will pursue ourselves. Bob made a brief talk about our ride and what we were doing and Rotary Geraldton made a generous donation on the night. They even had a birthday cake for me. It was very special. 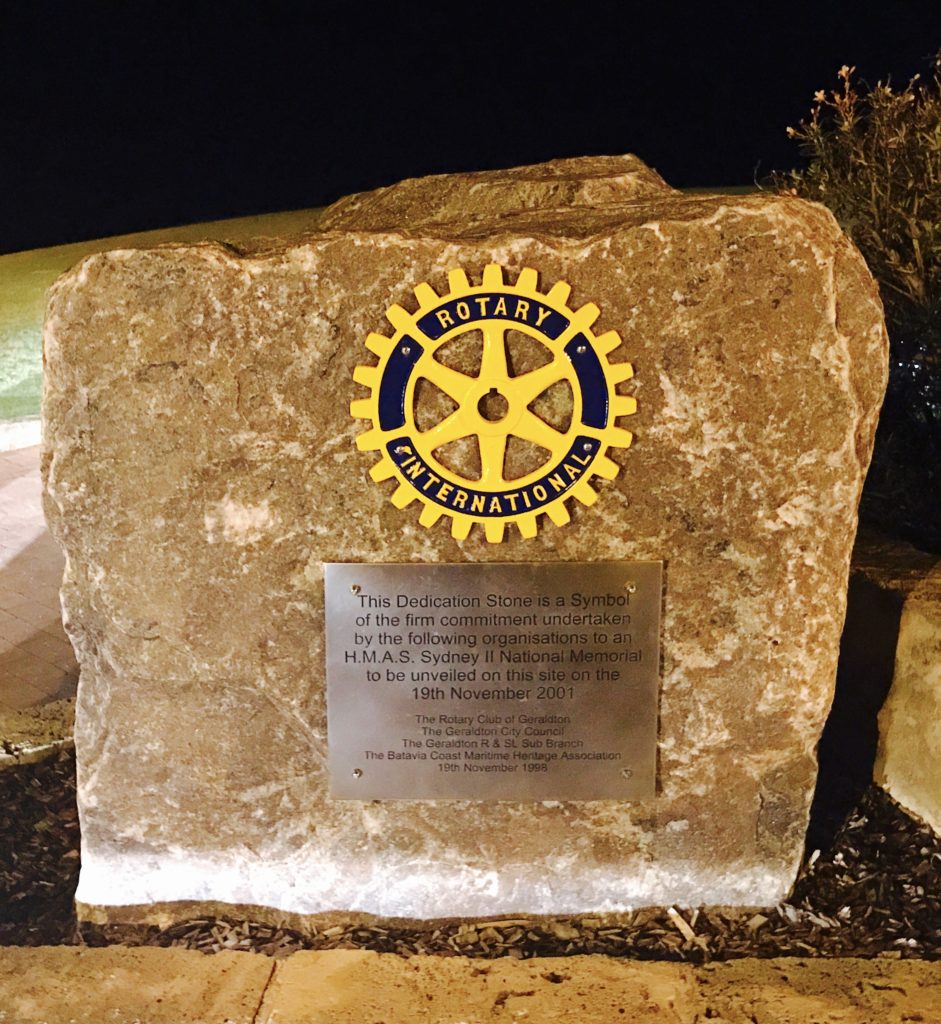 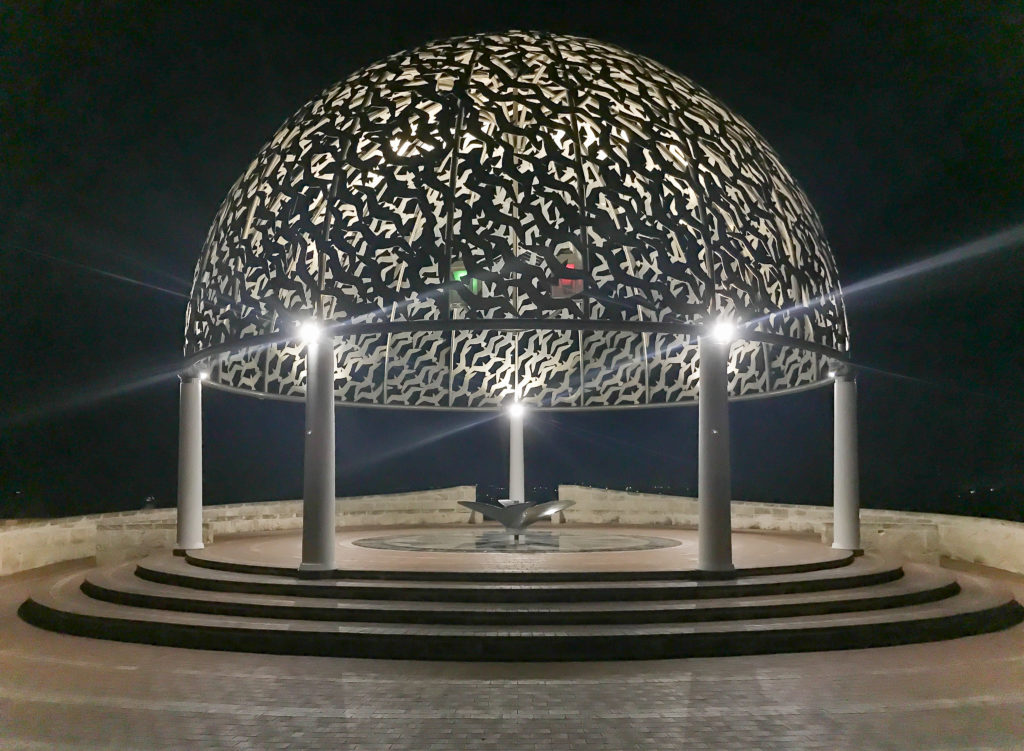 On the way back to Di’s place we had a tour around Geraldton at night, particularly the wonderful monument to the HMAS Sydney II and the work Rotary did to get this project up and running. It is now a popular tourist attraction that brings people to Geraldton and informs them about Australia’s greatest naval tragedy.  Next morning Di had arranged breakfast at a sthe Dome Cafe on the esplanade. We were due to meet the TV media people but they called out to a cat stuck up a tree story. So after breakfast Bob was back in the saddle heading south to Perth. We all had fond memories of Geraldton.