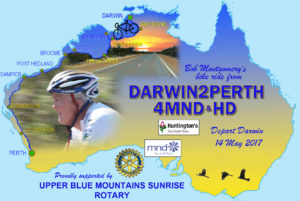 Bob Montgomery on 14 September 2015 after many months of training I began my epic bike ride from Perth across the Nullabor Plains to Leura in the Blue Mountains a distance of approximately 4,100kms to raise both awareness and much needed funds for Motor Neurone Disease (NSW). My support team consisted of my wife Jenny and a great friend of ours Peter Shehadie – both Peter and I are members of the Rotary Club of Upper Blue Mountains Sunrise and unbeknown to us, Rotary Clubs in general (and in particular our Rotary Club) were to play an integral part in my ride for MND. Rotarian Bill Pixton was invaluable to us providing support from base camp and handling much of the promotion and social media. 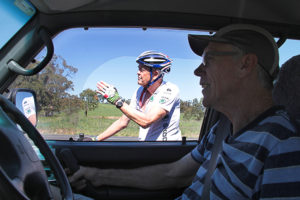 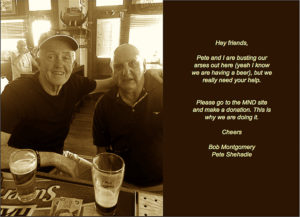 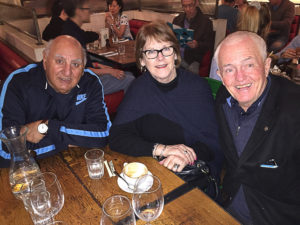 I chose the charity MND (NSW) because in early 2013 my cousin Judith O’Brien from Wagga Wagga was diagnosed with MND and it was then that I decided to embark on a long distance bike ride to raise money for this insidious disease. In November 2013 I set off on a bike ride from Katoomba NSW in the Blue Mountains to Port Douglas in Far North Queensland to raise money for this charity. The ride was approximately 3,086 kms and I raised about $25,000 – unfortunately my cousin died on Christmas Day 2013 just days before I completed the ride. The more I learned about MND the more I became convinced that I had to do more and so the ride from Perth2Sydney4MND was conceived.

My bike ride took 34 days to complete. It was not without drama. On day 8 my wife Jenny was taken seriously ill and had to be flown by the Royal Flying Doctor Service from Eucla (in the middle of the Nullabor) back to Kalgoorlie Hospital. Fortunately we were able to continue the ride as our daughter had flown over to meet us and accompany Jenny home to Leura. From then on we became known as the ‘ Legendary Old Blokes’!!!

Without the support of our Rotary Club of Upper Blue Mountains Sunrise keeping the story of the ride on Facebook  and other media updated and offering encouragement on a daily basis as well as contacting numerous Rotary Clubs along the way who offered accommodation, meals and donations, the ride would never have been the success it ultimately was. A special thank you to Peter Shehadie, President Michael Small and Bill Pixton (Base Camp Bill) and all the members of Upper Blue Mountains Sunrise in particular as well as all the Rotarians I met along the way. 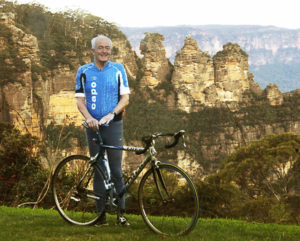 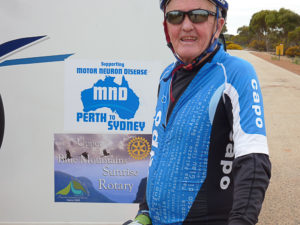 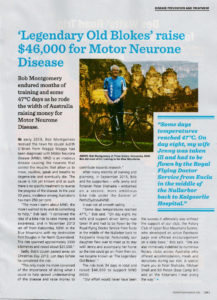 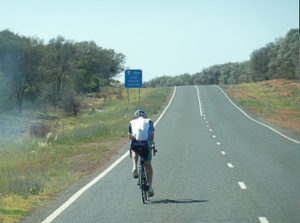 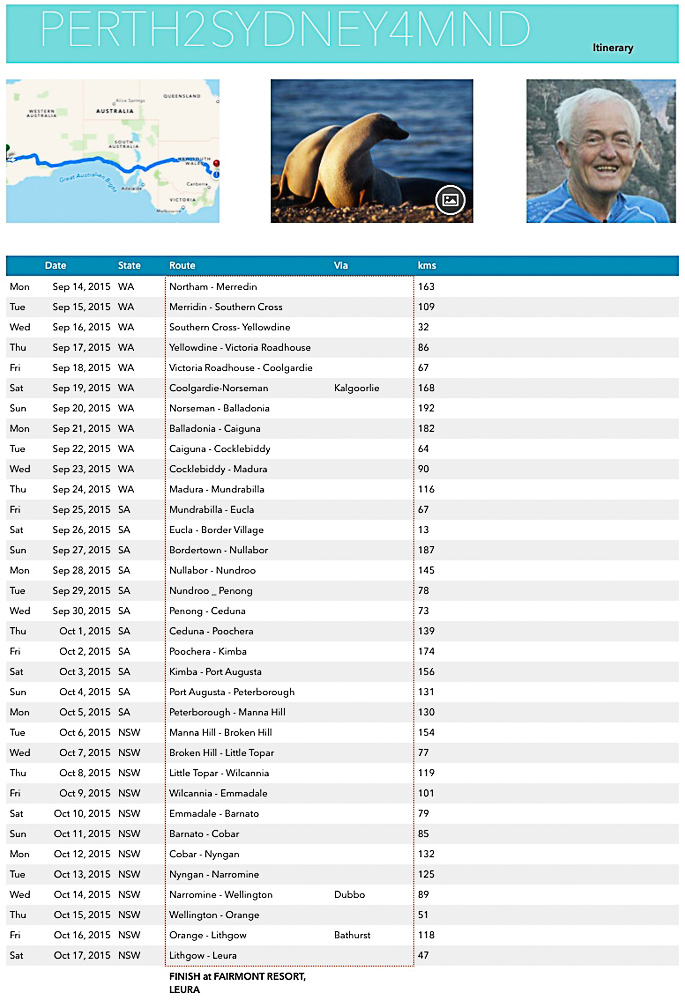