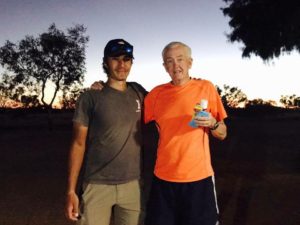 We left Broome refreshed on Day 18. We lost Sallee and gained Michael. Cooking skills vs photography skills. You can’t eat a photo is what I am thinking. Different dynamics in the team and we all had to make adjustments. Sleeping arrangements were different and a bit more cramped. This stretch into Carnarvon would be ten days without a break so this would be taxing to Bob and our team. A great lookout just off the highway south of Broome. 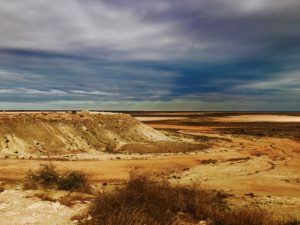 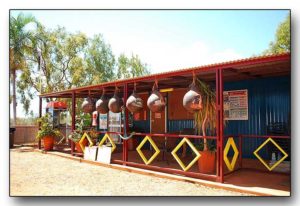 Our first day after Broome turned out to be eventful. Bob had his first puncture, actually a worn that had to be replaced. Our first night was at Port Smith Caravan Park. We turned off the main highway taking a dusty and corrugated road into the campsite. This place is notorious for its midgies and it did not disappoint. There is a very pretty tidal lagoon with pristine water and plenty of fish. I took the opportunity for a cautious swim although the water was very shallow and racing out to the sea. That night was State of Origin night, and someone fellow camper had to be watching. Sure enough we invited ourselves to their party and cheered for the Blues win. Lovely people gave us a glass of wine and donated to our cause. 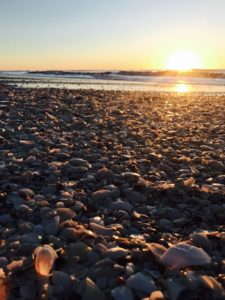 The shells on Eighty Mile Beach

Our next day we stayed at the popular Eighty Mile Beach Caravan Park. Another dirt track in and the campground was right on the beach. More facilities and amenities here. The main attraction here is the beach, only fifty metres away. It seems to go on forever and is covered in shells. It attracts the beach fishermen, but they say you rarely land anything as the sharks get there first. The sunsets are fabulous and is definitely a place I would come back to.

Next day we set off the 120 kms to Pardoo Station, having being advised not to stay at the Roadhouse. This place was a bit different in that it is still a working station running beef cattle. Quite a large bush style campsite and it still requires a 4wd trip to get to the beach. If you get bogged they charge you $750 to get pulled out. Pardoo Creek runs down into the ocean. This place attracts the fishermen, and the camp is decorated with photos and brag boards. It attracts families and grey nomads and is different to your average campsite. They even have a lumpy bowling green.

Off to Port Hedland which was a total contrast to the more touristy campsites of the last week. We are now in the Pilbara and the centre of our iron ore industry. Port Hedland is the main export site for the iron ore from Mt Newman. It a big industrial complex with 4 bogie road trains to worry about. We were glad to leave after a contractor told us to move Ivan from his building site entrance. He was about as friendly as a hand grenade and with Bob about to deck him, we scurried away towards Whim Creek.

Now this was more our style. An old pub with a rich history, it attracts tourists and local workers.  Through a Rotary contact we were told to look up manager  Bob Bongiorno who would look after us. We did and he did. A free room for the night and a meal in their staff canteen. Whim Creek Hotel is now owned by an indigenous organisation NYFL who seem to be doing good things in the community. We also met Rotarian Phil Smith from Rotary Club of Crows Nest in our District. He is riding his BMW bike around Australia. He wont fall to off off as he reckons it is too heavy for one person to get it upright.Anyway we had a good chat over a beer. 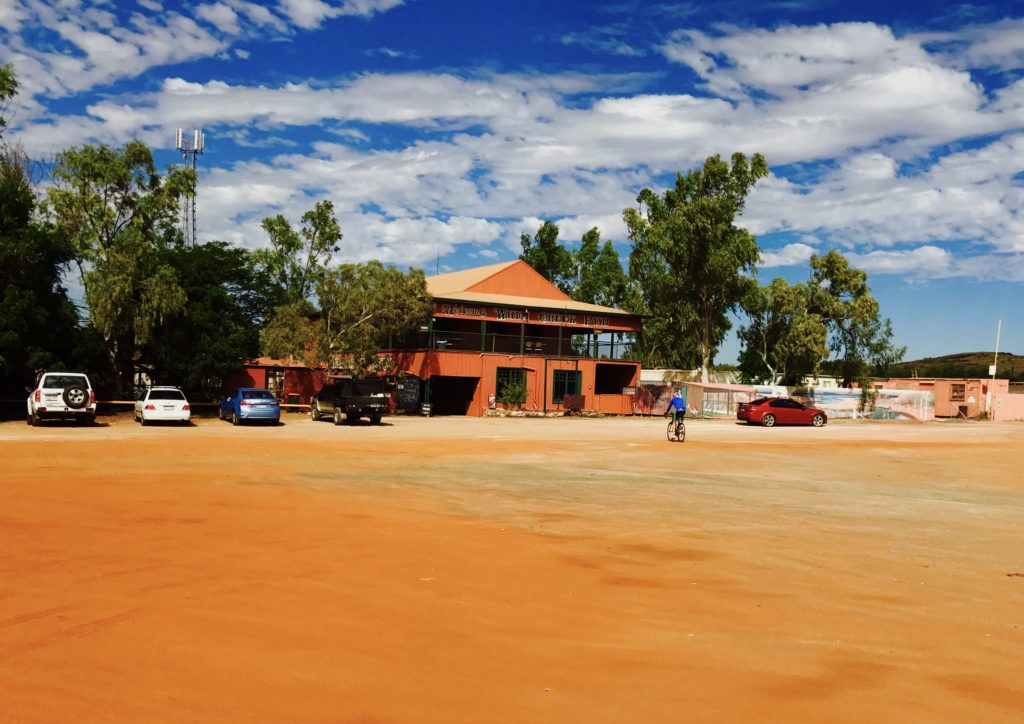 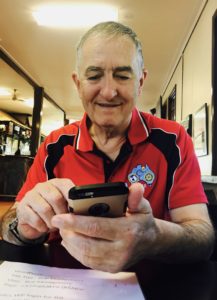 Onto Fortesque Roadhouse. When we hear Fortesque we all think of Twiggy Forrest and FMG.  The Roadhouse was a typical mining type place with extensive short term accommodation for contractors. They had a wet canteen open limited hours to suit the shifts. Shared a few beers with these guys and heard about their lives. We were intrigued they sell boutique beers rather than your VB and Emu Bitter, but at a subsidised price of $5, it was a good deal.  We made a video here running up to my 70th birthday, appealing for donations to our MND and HD fundraising.  Twiggy even got a mention.

Next day was another roadhouse called Nanutarra. Here we finally caught up with Jack Totino a young man on a mission. He is riding unsupported around Australia raising money for MND and doing a great job and has the  support of Neale Daniher and his  MND Foundation. We all met with Jack and Bob gave him encouragement (and some vaseline) for his journey over the next twelve months or so. What a great young guy. 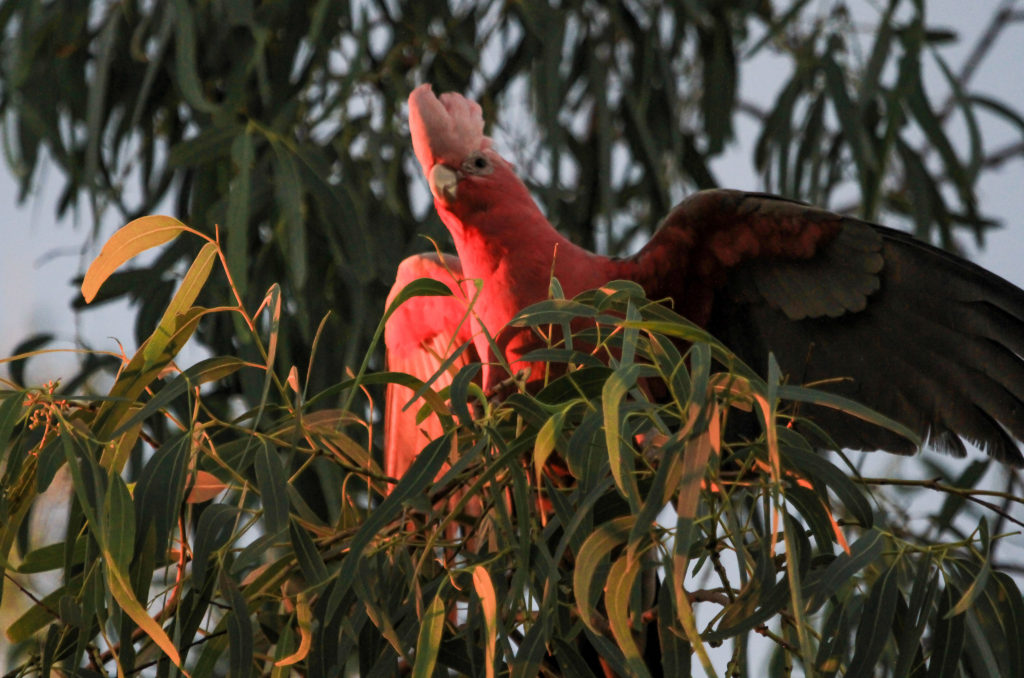 Then it was onto Minilya Bridge Roadhouse. A reasonably austere facility bit located on the Minilya River which would be a treat when flowing. There were plenty of birds in the gums lining thevriver bed; galahs, corellas, red capped parrots and of course crows. A clear starry night followed and then the sprint into Carnarvon the following day. We had been promised a free cabin there so it was all go to arrive early.

We are all feeling pretty good and have many discussions about people we meet on the way. So often someone has a story about MND and sometimes Huntingtons. We get encouragement from these people.