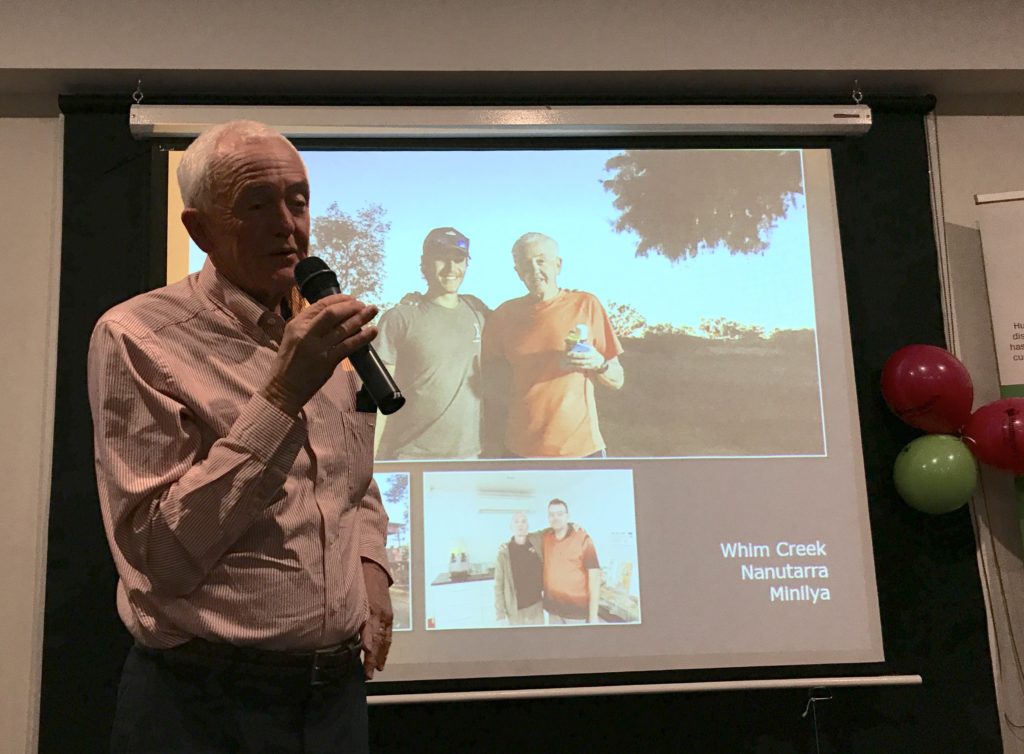 Bob relating some of the stories from the ride

We finally caught up with friends, family and neighbours at the Blackheath Golf Club on 14th July. About 50 people got together to welcome Bob, Bill, Michael and Sallee back home, all safe and well.

For Bob and Bill it was seven weeks away, long enough. 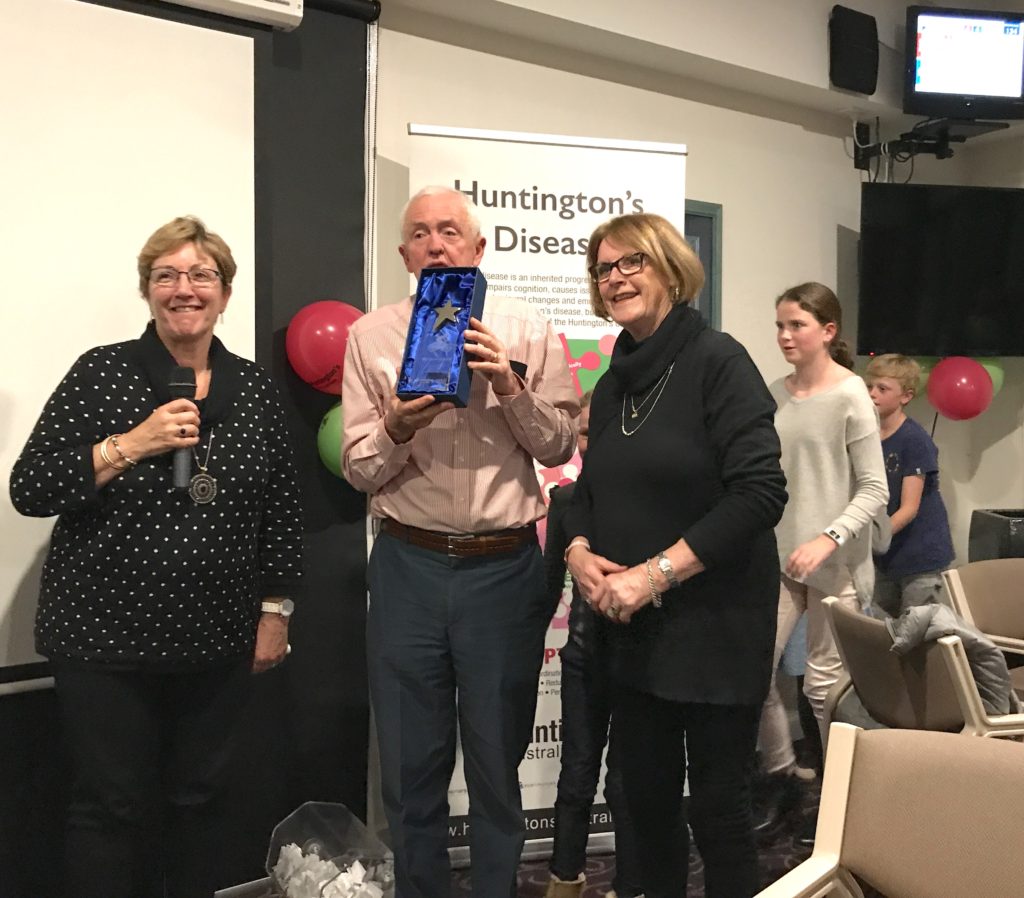 Pauline Keyvar from Huntingtons NSW, presenting Bob and Jenny with their award.

We put on a presentation of the ride, depicted in photos and story, reflected on the achievement, and shared the little incidents that happened on the way. We also talked about the fundraising and we were joined by Graham Opie from Motor Neurone NSW and Robyn Kapp and Pauline Keyvar from Huntingtons NSW. They presented Bob and the team with a treasured momento, which we were all chuffed to receive. We might add also that Bob was appointed a Paul Harris Fellow by his Rotary Club the previous weekend. So it is good to see Bob get the recognition that he deserves.

The presentation is shown on the images below.  Photos courtesy Bill Pixton 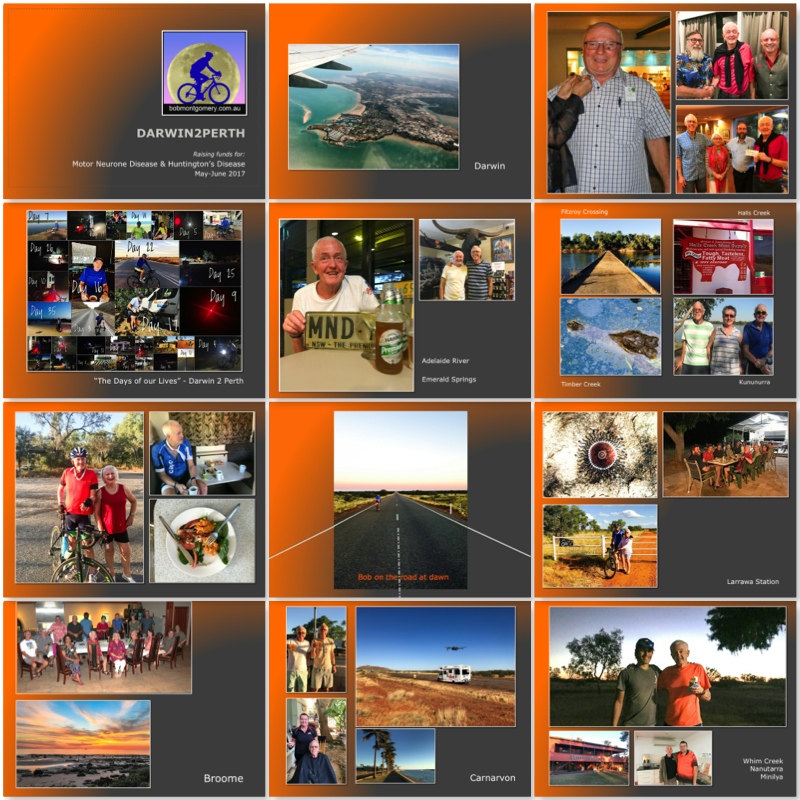 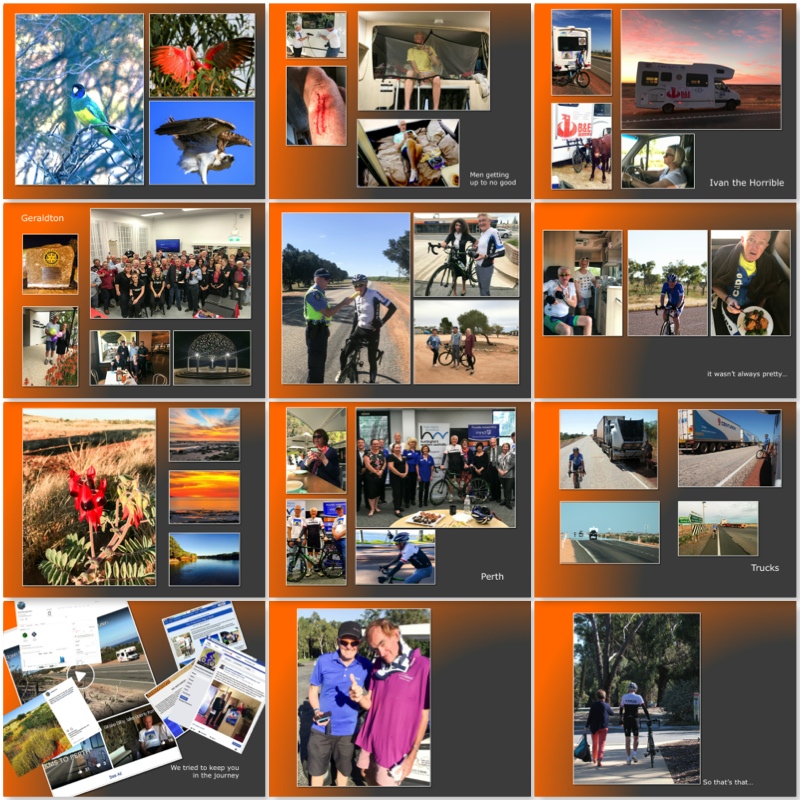 Whilst the night was not about fundraising per se, special thanks to Rozi Starkey who kindly donated the proceeds of the Bonville Golf package to the Darwin2Perth cause, raising some $520.

Overall fundraising currently stands at about $52,500, which is a great effort.